The Chinese schools of Feng Shui 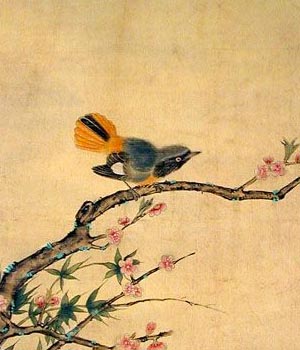 The form school is the oldest system of Feng Shui and is representated by the four animals who describe the way a house or a land can be embraced and protected in an excellent way. If there is no real mountain available, the support can come in the form of a virtual mountain, such as a wall or another house. In Feng Shui this support is known as Black Turtle. There should be similar protection on the left side of the house, called Green Dragon and to the right of the house, called White Tiger. It is said that it is better for the Green Dragon to be taller than the White Tiger. In front of the house, there should be an open space. The name this space is given is that of a mythical bird, the Red Raven. This is an area where "Chi" (energy) gathers and makes its way into your house. Forms are trees, roads, rivers, and other structures found around your home. Forms can produce good feng shui (Sheng Chi) or bad Feng Shui (Sha Chi).

The ancient Chinese gave names to different kinds of energies or Chi at work in our environment. According to their characteristics, shape and colour, these 5 elements or energies were identified as water, wood, fire, earth and metal. These energies interact with each other and we should not see them as literal objects. As they interact they are either being enhanced, weakened, or controlled by each other. These cycles and interactions are ever-present and ever-changing.
The Eight House theory divides people into two groups called the West Group and the East Group. According to the year of your birth you can find out which group you belong to, as well as your Ming Gua number. There are 8 Ming Gua numbers. From this number you can find out which directions are favourable for you when sleeping, working, eating and studying. It also tells you which directions are unfavourable for you.

In this branch of Feng Shui there are eight types of houses. You need a reliable compass to know what kind of house you have. You can tell from the way your house sits, which kind of house you have. According to the compass direction, we know the Chi (energy) is in various parts of the house and some areas will be fortunate while others will be unfortunate. You need a floorplan drawn to scale to see which areas of your house have what energies.

In addition to being manifest in visible structures such as land forms and buildings, energy can also take an invisible form. Thus, Feng Shui works not only with visible structures, but also with the invisible energy of a particular place at a given time. Outdoors, energy roams free, between buildings, it captures the energy of the space it occupies. This "encapsulated" energy has the following caracteristics: two partial dimensions, determined by the direction in which the front and the back of the building face and one time dimension, determined by the year in which the building was completed. These three dimensions together create an energy which resides in every part of the house and is called the Flying Star System, that allows to discover and evaluate the invisible energy residing in the building. The Flying Star System is a powerful technique for evaluating the flow of invisible energy in a house. If you find unfavorable numbers in your bedroom you can move to another room with more favorable ones. When you are designing a new house, the Flying Star System allows you to place rooms critical to your health and prosperity (such as bedrooms, kitchen, home, office) in araes corresponding to auspicious stars.

San He and Form School are the oldest systems of Feng Shui.
San He means 'Three Combinations', the three harmonious combinations: direction of the land, the main entrance door, mountains and buildings in the neighbourhood like flowing rivers and passing streets. The harmony of the celestial directions is originated in the 8 trigrams and their distribution on the 24 mountains of the San He Lopan. The trigrams come from the harmony between Yin and Yang.

is one of the main Feng Shui tools used to analyze the Chi (energy) of any given space. It is a simplified interpretation of the 8 trigrams