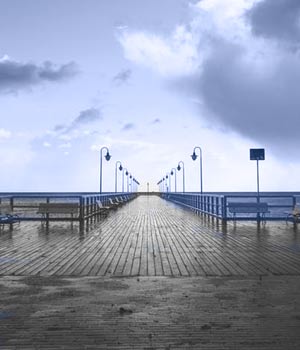 Bazi is a method of analysis of destiny. By analyzing the structure of Bazi of a person we can understand his character and progress in life. Western people spontaneously will have a few questions, like for example, is Bazi a science, a religion or a philosophy? Since when does it exist? These are legitimate questions to which it is only right to answer framing the Bazi in context of scientific study and excluding its possible visions of religious practice, and not even a practice reserved for fortune tellers predicting the future.

Science is progressing with observation and recording of results of experiments, even the most casual phenomena of nature can be the object of their study. The origins of Western science has been philosophy, so the Bazi Chinese Metaphysics developed together with the observation recorded in studies of philosophy.

The literally translation of the word Bazi is Eight Characters, but in the West often is used the definition “Four Pillars of Destiny”, because the eight characters are born of four pairs of ideograms. Sometimes Bazi is called Si Zhu or Four Pillars. As the base of Bazi is used the date of birth (hour, day, month, year) in four pairs of ideograms. The four pairs are the Eight Ideograms or Bazi. Instead of the easy astrology available for hasty readers, the Bazi is a complete system of astrology, and it is based on thousands and thousands of combinations. There are texts dated back to the Tang Dynasty (618-907 b. C.)), the currently used method was done by Xu Zi Ping (907-978 b. C.). This teacher is considered the author of the major reform so-called Zi Ping system, which still today is adopted by most of the contemporary masters.

DESTINY AND ITS CODE

The Eight Characters are the expression of variations of Yin and Yang and the Five Elements, like Yin Wood and Yang Wood, Yin Fire and Yang Fire,Yin Earth and Yang Earth, Yin Metal and Yang Metal, Yin Water and Yang Water. The analysis effected by the BaZi reveals the relationships between these eight characters, their relationships are able to show the nature of an individual and his path in life. Everyone at birth absorbs the influence of particular energies of the universe. Having as base these energies presented at birthtime, we can draw a diagram of the development and the changes that will occur in the life of that person. Analyzing and decoding our Bazi code, we will be able to look into the future and understand what life can reveal. We will be able to learn about our own potential.

Here are some examples how useful can be Bazi: